Sometimes, seemingly impossible connections happen and leave you in awe even after a few days. Welcoming Joseph (a friend from NYC) to Toulouse for a week was one of these impossible but “meant-to-be" moments. Although a friend of mine has written a book (https://www.instagram.com/meanttobejournal/) about these special moments, it still felt unreal. We borrowed my little brother's road bike and rode around Toulouse.

Instead of riding in the center, I wanted to show Joseph a few places I had in mind, on the outskirts of the city. Having lived in Toulouse for nearly ten years, most things seemed dull to me, but on our way out of town, Joseph’s curiosity was already tickled by the Cité de l’Espace and the Canal du Midi.

Warming up along the canal, we made our way to the countryside in just a dozen kilometers. It was time to hit the hills and climb to the top of the “coteaux”, in search of a view over the Pyrenees. On our way up, we made a detour for a local type of bell-tower or in this case bell-wall.

Unfortunately, smoke and humidity from the extreme heat and wildfires were blocking the view. It didn’t matter much though, Joseph was happy enough about the sunflower fields, typical villages, and quiet roads! All there was left, was to zoom downhill into Toulouse, grab lunch and enjoy the atmosphere.

Now that Joseph had seen the east side, our second day of sightseeing revolved around aviation (Airbus) and the west side of Toulouse. We started with a coffee and breakfast accompanied by Yin (Joseph’s wife), savoring croissants and pains au chocolat.

Using typical messy french bike paths, we headed for Airbus’ factories and museums. While the route is usually busy, during the summer it quiets down and we had the whole path to ourselves. On our list were the “Ailes Anciennes” (“Old Wings”) and Aeroscopia museums.

After a photoshoot around the beautiful Concorde and Transall, we continued our aviation theme tour by cycling on the A380 piste. In the early days of the A380, the route was used to transport parts of the plane to the factories. It would later be replaced by the Beluga (a gigantic cargo plane) designed specifically for this task.

This rather odd and completely empty road took us deep into the agricultural countryside. After a few sharp climbs, we continued our tour wandering through old villages, admiring castles, churches and more sunflower fields.

The rest of our ride was punctuated by hidden “Strada-Biance” like gravel paths on the banks of the Garonne. The sun was already beating down on us, and we greatly appreciated the trees’ shade. With our bikes now covered in white dust, we headed back in Toulouse.

Just like the day before, the only thing left was to enjoy a fresh beer and grab lunch in a small square in the city center. Joseph would later regret that beer when climbing up to my little brother’s place (whom he had borrowed the bike from).

This impromptu meet-up and rides were what cycling has to offer best. I still can’t believe that from a few rides at the Rapha Cycling Club in New York, we managed to ride together in Toulouse and share stories like old friends. If there was a way to define my type of cycling, this would be it!

🚲
What’s your favorite type of riding? Let me know in the comments!
Discover more adventures 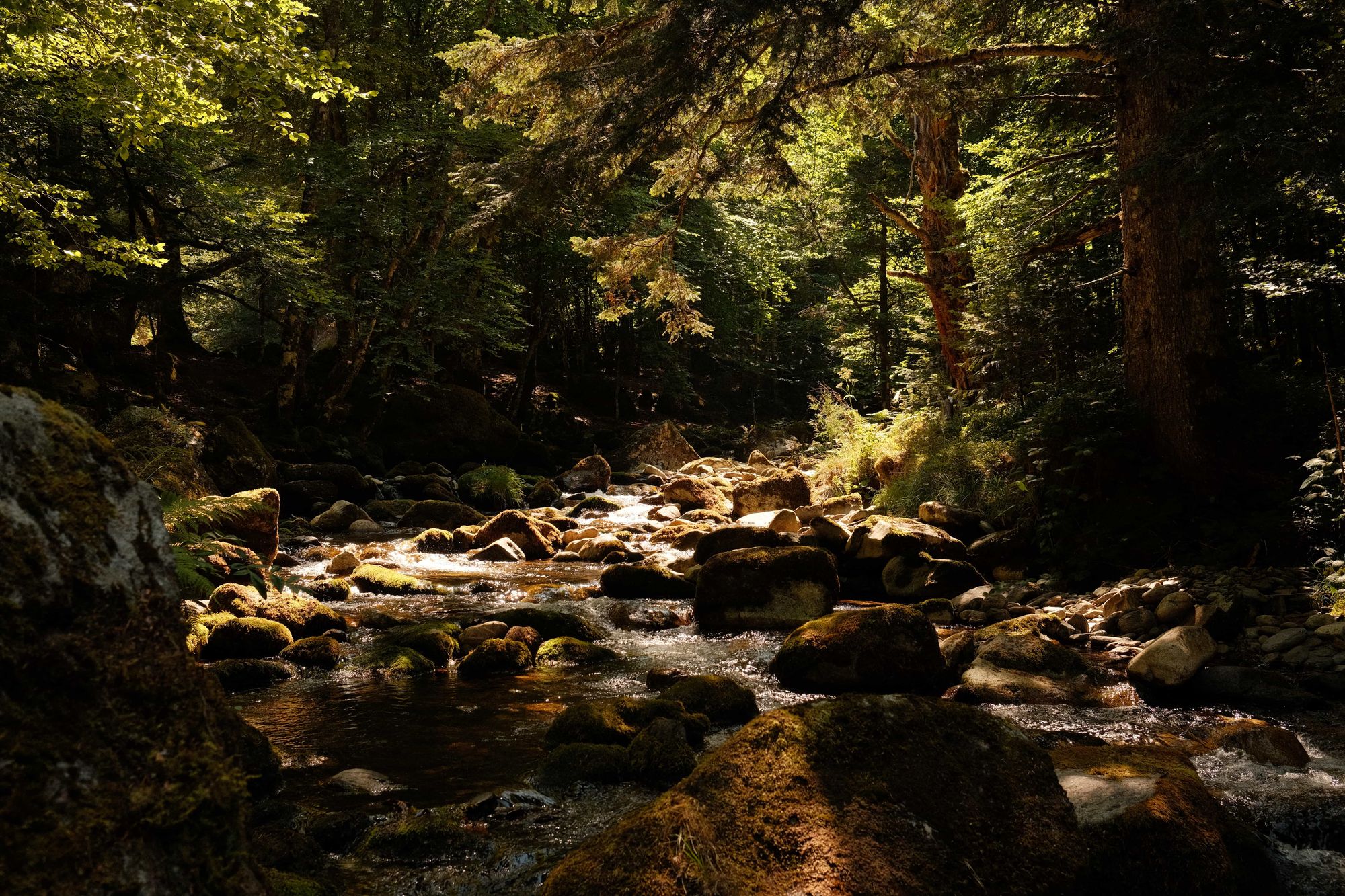 📍 Rabat-les-Trois-Seigneurs, France
🥾 Hike
🖋 Charles Aubert
Three Lords, Six Dudes
In yet another attempt to escape the scorching heat of the city, we planned a hiking overnighter in the Pyrenees. Picture starry nights, beer, fun, bonfires, and alpine lakes.

📍 Bray Dunes, France
🚲 Ride
🖋 Madame Tortue
A "Tortue" On The Road
Pierre, a rider from the Netherlands breaks down his gravel bike setup for the French Divide. Embark on a new journey across France, at turtle speeds.