This article is part of the Montañas Vacías series. A story about three friends getting reunited for a bikepacking trip over the summer. Read the previous one here: https://quaero.world/rides/montanas-vacias-day-5/

Each village in Spain seemed to abound with roaming dogs that love to express their angriness as soon as the sun rises and that morning was no different. Around 8am, loud barks resonated throughout the village and got us out of “bed”. With our routine well in place, we quickly packed our bags, folded our sleeping gear and rolled to the nearest chiringuito (open air bar) that was just a few hundred meters away, on the outskirts of the village.

The place was deserted. Among broken chairs, litter and overturned tables were half-empty bottles, left overs etc. It looked like people had left in a hurry the night before. Being the only option and open establishment, we peeked through the fly screen curtain and saw a guy in his late thirties slumped on the bar. He was the bartender and just a few words into the conversation we realized he was clearly drunk. It took us quite a while to make him understand that we wanted to order tostadas for breakfast with coffees and orange juice.

We managed to clean one of the tables, grabbed three chairs and sat down. We contemplated this movie like decor with lush hills in the background and pure chaos in front of us. To our surprise, it didn’t take too long for breakfast to arrive even though the guy wouldn’t have succeeded a walking test on a straight line. Our last two breakfasts had consisted of ice cream and local “coffee” so finding bread and ham seemed like a relief and a much better way to start the day.

A few moments later, the bartender came out with a broom and small shovel and decided to try to clean the terrace. Entertained by the fact that he couldn’t line up his broom and shovel we wanted to find out what had happened the night before. We asked “At what time did you close?” to which he replied “We’re opened as long as there are people”. We could only deduce that he had pulled an overnighter and had clearly participated to the festivities. About the broken chairs, he shouted “cabrones!!!” (bastards) mimicking someone smashing a chair on another’s head.

When the time came to pay, his mind was so foggy that he couldn’t give us a price and started counting using his fingers. We helped him out and sort of agreed on a price that seemed right. It was definitely both the weirdest and funniest start to the day we had had so far on the trip. Just as we were leaving the bar, all the papis who were playing cards at the tavern the night before, arrived one by one to start their day with a fresh pint at 9am.

According to our printed guide, there were fifteen kilometers left on the third chapter of the route before we entered the next one: the Javalambre mountain range. The day started really easy on smooth asphalt with nothing else but miles of views and landscapes. Antoine and Mathis’ tires were running low on pressure so we stopped in a small village called Campillos-Sierra. Luckily, a local was preparing his bike for a ride and they borrowed his pump for a quick pit stop. We then resumed our way on mostly flat grounds, a rare sight in the Montañas Vacías.

After almost two hours on our bikes, we stopped in la Laguna del Marquesado, the last village on our map before another section where we wouldn’t be able to find food or water. When we arrived on the central square, the village was bustling with life. Sitting around a large table were ten abuelas, chatting loudly about anything and everything. Not too far, an old guy was cleaning the streets from gravel and had in the back of his truck, a big concert speaker playing music. We were in love with the ambiance and sat down for lunch. Adding to the weird facts of the day, the table we took had marijuana crumbs left on it.

We asked the chef for the menu. He told us we could order anything but he only had rice and eggs left. We didn’t really understand the point of the menu so we negotiated two portions of rice and three eggs. He roughly calculated a price, five euros and minutes later, we were served. We were living in the moment, felt like locals and had cut off from our regular lives. The Montañas Vacías were delivering on their promise. The more we chatted with locals the more we learned about the region and its inhabitants.

After this lunch, while on our way to refill our bottles, we see and old abuelo, waving at us. He was sitting on his own, in the middle of the central square, watching people passing by. He had noticed our bikes and started telling us stories about his twenties. He wondered why we didn’t have racks on our bikes. Surprised by his bike “nerdiness”, we explained that on rough terrain it was easier to strap bags onto the bike, to which he replied: “How do you pick up girls?!”. We all laughed as he went on about how he used to cycle from one village to another with girls on his bike’s rack. He wished us good luck on our adventure.

Although we would have wanted to stay forever in this small village, we still had 70km to cover before reaching our final destination for the day: Torre Baja. We filled our bottles at a newly built fountain and headed into the wilderness. Temperatures were still hovering around 40ºC and climbs still as frequent. We quickly traded paved roads for gravel paths winding through untouched nature. We traversed a few villages before climbing towards the top of the range.

Two hours later, we had made our way up to the top with stunning views. We had walked the final hundred meters and stopped to rest for a bit. It was a perfect spot to snap a few pictures of how our bikes, faces and apparel had evolved over the past few days. In the distance, we could see ruins, reminding us of a word in Ernesto’s guide: demothanasia.

“Process that both political actions, direct or indirect, and omission of them, is causing the slow and silent disappearance  of a territory's population that migrates and leaves the area without generational relief and with everything that it means, such as disappearance of a millenary culture. It is an induced death, not violent." - Pilar Burillo

Having reached the top, we were excited to start descending. However, that excitement was cutoff pretty quickly. The path had transformed into a field of rock on which we couldn’t ride our bikes. The descent was more exhausting than the climb. There weren’t any other options so we walked for a few kilometers, trying not to think about this waste of elevation. Luckily, once we reached the bottom of the valley, the road transitioned to asphalt and we rode at a decent pace until the next steep climb.

Unfortunately, Alobras was completely deserted and the only thing we could do was to refill our water bottles at the fountain. We looked at the map, our food reserves and concluded we had enough to ride until our final destination. We were getting used to these setbacks and just had to deal with them. They definitely transformed our journey into an adventure. During the next hours, we crossed several villages, reunited with orange, far-west looking landscapes on quiet roads. The sun was starting to set and soon enough, we reached Torre-Baja, our final destination.

Since our last stop at a chiringuito had been really fun, we headed directly to the only one in town. However, this one was much more civilized and we were the ones entertaining the locals. We enjoyed fresh beer, the most diverse menu we had found yet, and a great evening. We stay until the bar’s closing. As people were leaving the place, three girls stop us. They wanted to know more about our whereabouts. We showed them the printed guide, some of our pictures, and they immediately asked us how they could get started too. After chatting for a few minutes, they invite us to a party happening on the village’s central street.

They walked alongside our bikes and when we reach the place, it was packed with dozens of students. Not knowing where to put our bikes, one of their friends decides to show us a good camping spot and fountain where we could shower, leave our bikes and come back to join them. However, not everyone in our group was into the plan for the night so we kindly dismissed the proposal (in retrospect, we definitely should have joined). Instead, we set up camp on a picnic site and went to bed for our last night under the stars.

Come back next week to read about how an old papi gives us a tour of his garden! As always, you can check the route and our activity on Strava using the link below. 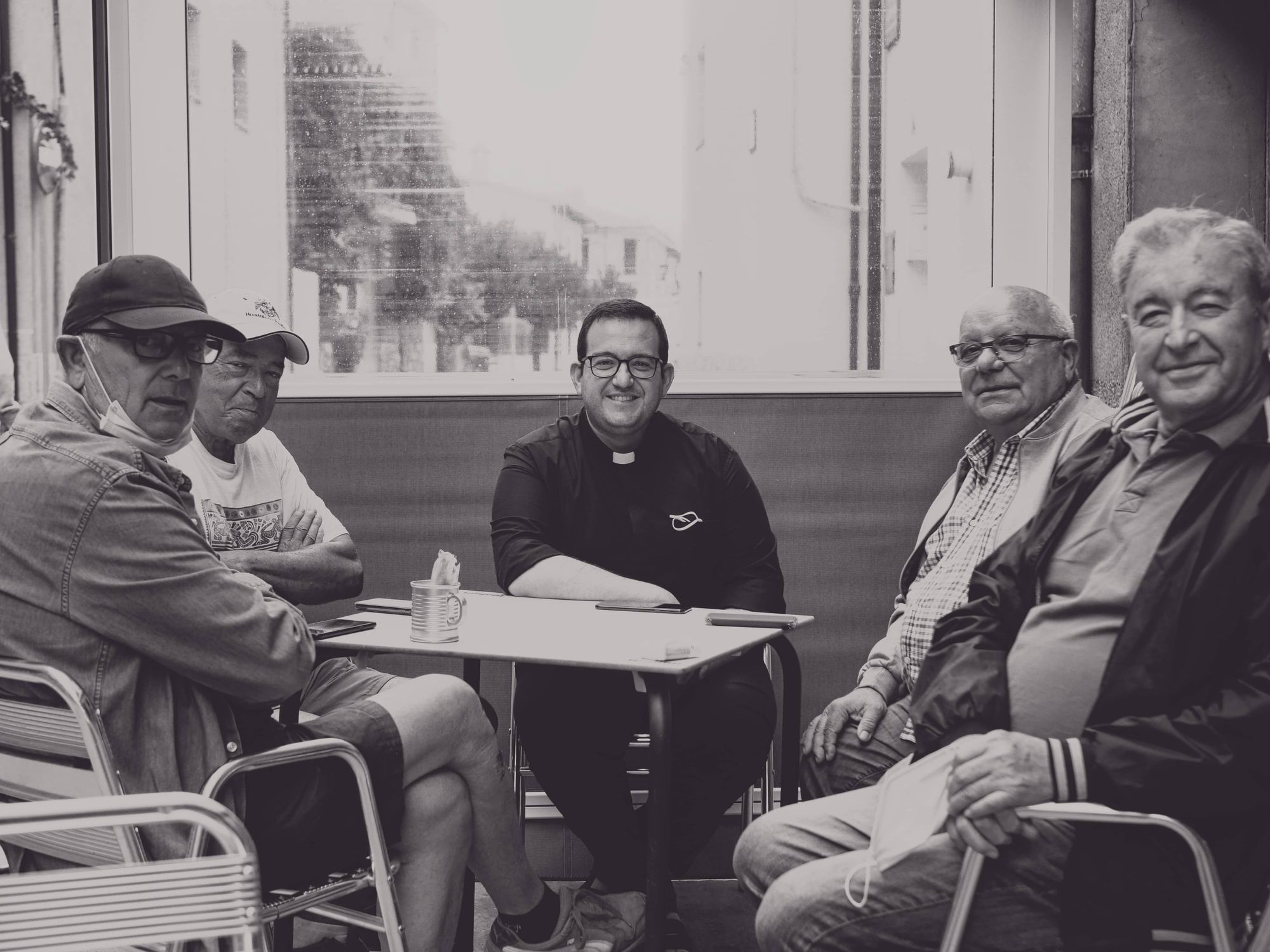 📍 Teruel, Spain
🚲 Ride
🖋 Charles Aubert
Shortcut - MV Day 7
We borrow a shortcut towards Teruel. On our way there, we make friends with locals, visit a garden and celebrate the end with an ice cold beer. 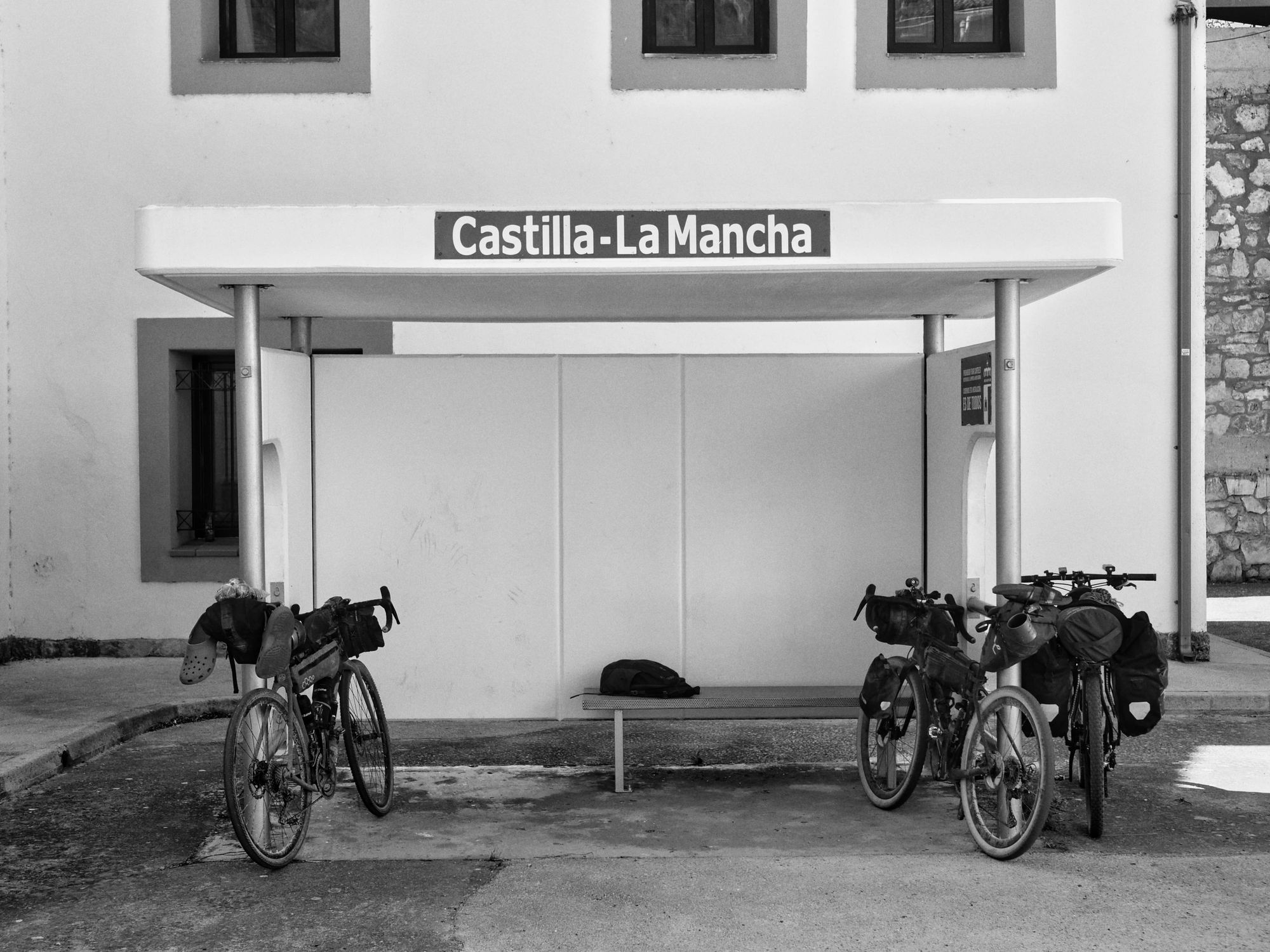 📍 Valdemoro, Spain
🚲 Ride
🖋 Charles Aubert
A Lost Friend - MV Day 5
A long series of climbs lead us to the heart of the Spanish lapland but we loose track of our new friend along the way. Another big day on the trails, managing our thirst and hunger.