This year, May and June didn’t provide a lot of bank holidays but there were still a few occasions for long weekend getaways. We planned a reunion in Collioure, a small village on the Mediterranean coast, just a stone’s throw away from the Spanish border. After riding from Carcassonne to Collioure, the plan was to show Antoine around the mountainous gravel paths near the border.

💡
Don't hesitate to follow me on Strava! As always, you can find the route on my profile: https://www.strava.com/activities/7258261656

We set out early in the morning for our 50km loop, as the forecast was hot for this summer day. The benefit of starting in Collioure is the almost immediate stunning view of the sea on the first kilometers. We crossed Port-Vendres, riding along its farmers market and port, and soon found ourselves on the first of many climbs.

After a short effort, we reached the top of the village with 360 degree views. Behind us, the mountainous backcountry and its medieval watchtowers. Before us, vineyards overlooking the bay of Paulilles. Borrowing a small gravel paths, we wandered through the dry vegetation slowly descending towards the sea.

We had only ridden ten kilometers but our bidons were almost empty. After another set of climbs and descents, we stopped in Banyuls to refill. The village is known for its famous wine that used to be a prescribe-able medicine.

From there, we followed a cycling path that lead us to the ride's main climb, le col de Banyuls, or 12km at 7%. The first leg of the climb is rather a flat road at the bottom of the valley. Though just a few kilometers in and the path transforms into a long, rough, and sinuous ascension.

Away from the cars and road, the climb is a paradise for gravel lovers. In addition to stunning views, the soundscape — birds, winds, sea, crunchy rocks — provides an almost therapeutic experience. We still had a long way to go and took advantage of this stunning place to enjoy a few snacks.

Of course, a ride in such a beautiful landscape wouldn’t be complete without a little photo shoot. A small rocky landslide was the perfect prop to show our bikes. With the heat rising, we quickly climbed the rest to reach the col de Banyuls.

From the col, we took long tangent towards the Madeloc, a medieval watchtower sitting at close to 700m of altitude. The recently renovated path is part of a larger network of fire prevention roads used to protect the area. It didn’t take us long to rejoin a road overviewing the sea.

The last part of the ride is a long descent that traverses several mountain passes, vineyards, and boasts even more stunning views. Depending on your physical condition you can also opt for detours and explore the area even more.

Though for us, it was time to head back to Collioure, grab a few drinks, and enjoy a sunny weekend. If you have time, you should definitely wander through the village, try its restaurants or dive in the water.

☀️
If you want recommendations in Collioure, let me know in the comments!
Discover more adventures

📍 Bray Dunes, France
🚲 Ride
🖋 Madame Tortue
A "Tortue" On The Road
Pierre, a rider from the Netherlands breaks down his gravel bike setup for the French Divide. Embark on a new journey across France, at turtle speeds. 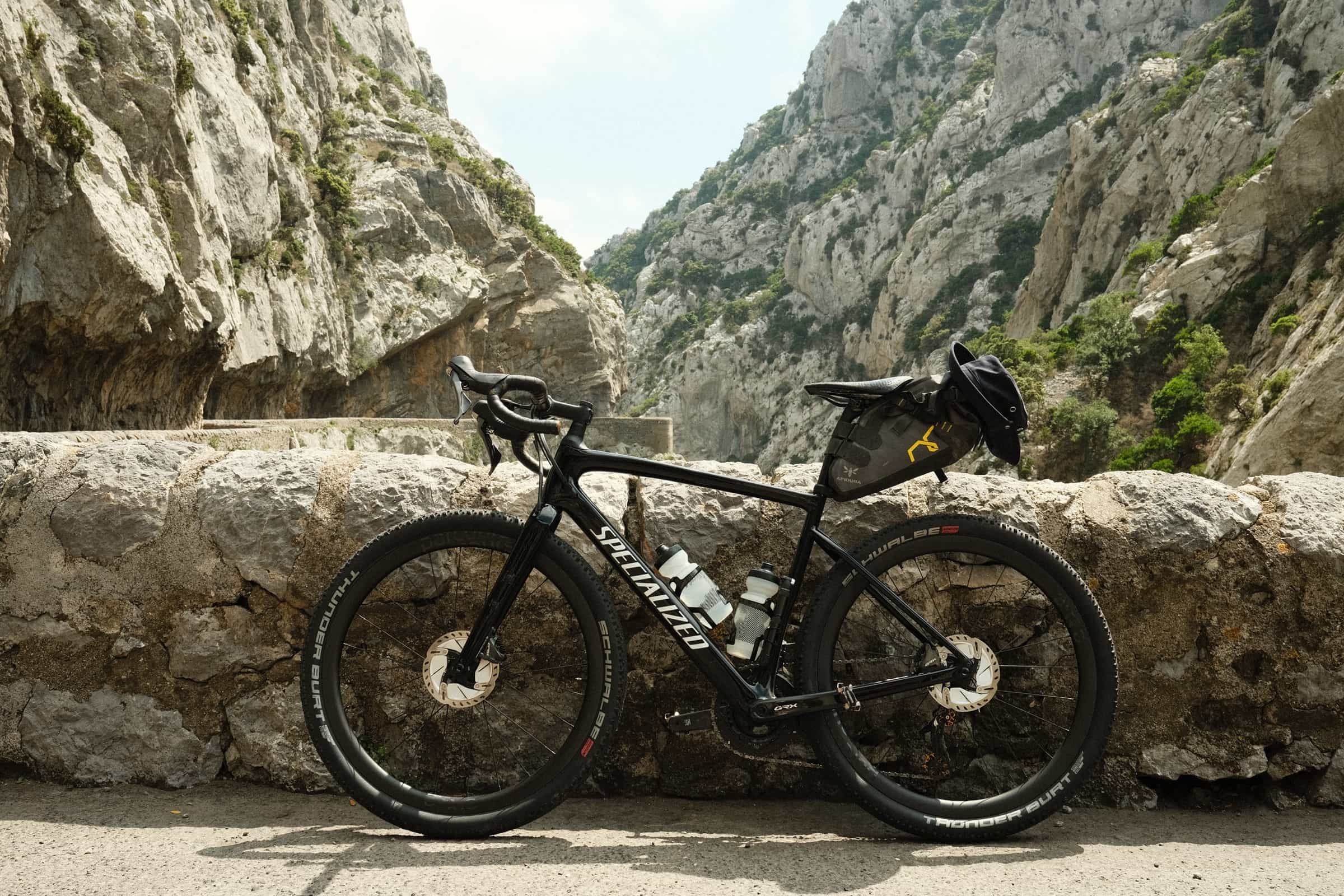 📍 Collioure, France
🚲 Ride
🖋 Charles Aubert
Belgian Friend
An unexpected encounter changes the course of a single-day adventure. A story from the south east of France, riding towards Collioure.