La Montagne Noire (Black Mountain), a small mountain range on the foothills of the Massif Central is one of my favorite playgrounds for hiking, camping, and cycling throughout the year. Located just an hour away from Toulouse it’s a great getaway destination for a day or weekend.

Fall is a special time for me in the Montagne Noire. Chestnuts transform the range’s landscapes from black to brown. At lower altitudes, the specie represents the majority of trees, while pines remain dominant above 800m. October offers a small window of two weeks to pick fresh chestnuts from the ground each year. The competition is fierce: squirrels, boars, and bucks are fond of them and they too, want a piece of the cake! I’ve put this route together over the years, combining several hiking paths to maximize the “picking” potential, while retaining stunning views and elevation changes.

We left Toulouse early in the morning, heading for Roquefère, the hike’s starting point. It’s the same route for the Pic de Nore but instead of driving all the way up, the tour begins in the valley. A few hundred meters before Roquefère, there’s a parking reserved for hikers that’s perfect for daily hikes or weekend camping too. We put our boots on, packed a few nets to collect chestnuts, and began our tour.

The hike starts in the small medieval village. Before continuing, you can wander in the village or even visit the castle. Although we had been there quite a few times, we still enjoyed stopping at a honey and chestnut shop. After this little visit, we headed out of the village with a steep climb. During the first kilometers, the path crosses shale terraces covered in green oaks. As we continued our ascension, chestnuts started replacing oaks and the first signs of a successful harvest appeared. Halfway through the climb, we crossed a few bushes to find a viewing point overlooking the valley. However, on this overcast day, we could barely distinguish the Pyrenees in the background. Nonetheless, it was also an occasion for a short break before resuming our climb towards a hidden cascade.

As we gained altitude, the vegetation changed from a dry maquis (bush) to lush pine forests similar to the ones in the Pyrenees. The last stretch of the climb borrows a rocky and usually slippery path, often swept by strong winds. From the top, the views are stunning on both sides. On a clear day, facing north is the Pic de Nore and the Pyrenees towards the south. Sadly, the weather wasn’t great, so we continued our hike on a small logging road. After a few more kilometers, the halfway point of the hike is Cubsevières, a small hamlet known for its impressive waterfall.

The village is also the highest point on the hike. So, after a quick snack, it was time to head back down into the valley. Since the purpose of the hike was to pick chestnuts, on the way down, we stopped on a dozen occasions and started filling our nets with a few kilos. The ground was covered in them but at some point, we refrained from picking more and decided it was best to hike the last climb before fully filling our bags. We continued our descent, crossing a few streams, and made a small detour to avoid a recent landslide that had swept the path. At the bottom, we walked through a sawmill and headed for another medieval village: Miraval Cabardès.

The village served as a hideout for poets in the 13th century during the crusades led by the pope. A few ruins remain in the place of the castle but the church was kept intact. Enclaved a the bottom of the valley, the sun rarely shines in the village and it’s best to wait for the next one for a picnic. Knowing this, we didn’t stop and directly headed up another steep climb. At this point, the path became really narrow and we were slowed down by several trees, bushes, and branches blocking the way. Although I have to admit, we also stopped several times to pick more chestnuts. Twenty minutes later, we had reached the top of the second climb could finally see the bell tower of La Tourette Cabardès, our picnic spot. As we sat down to eat, the sun came out and rewarded us with its soft autumnally warmth.

After a good picnic, it’s always hard to resume a hike and this time was no different. Cradled by the sun, even the descent awaiting us seemed like a challenge. However, we were closing in on the end of the loop and decided to properly fill our nets. What would usually take us half an hour took us almost an hour and a half. The ground was covered in chestnuts and we picked as many as we could. In the end, we had managed to collect more than 15kg! With our loads, the last kilometers of the hike were of course unusually long. We then unloaded everything in the car, enjoyed a short break on the river’s bank, and headed back home with a beautiful sunset.

At this point, you may be wondering how to prepare this many chestnuts. It's not an easy feat but over the years, I've found that the following steps work best.

• Evenly distribute the nuts on a baking tray

• While hot, use gloves and rub the nuts to remove the skin et voilà!

You can now enjoy them in many ways: raw, cakes, stuffing, flour, etc 🌰 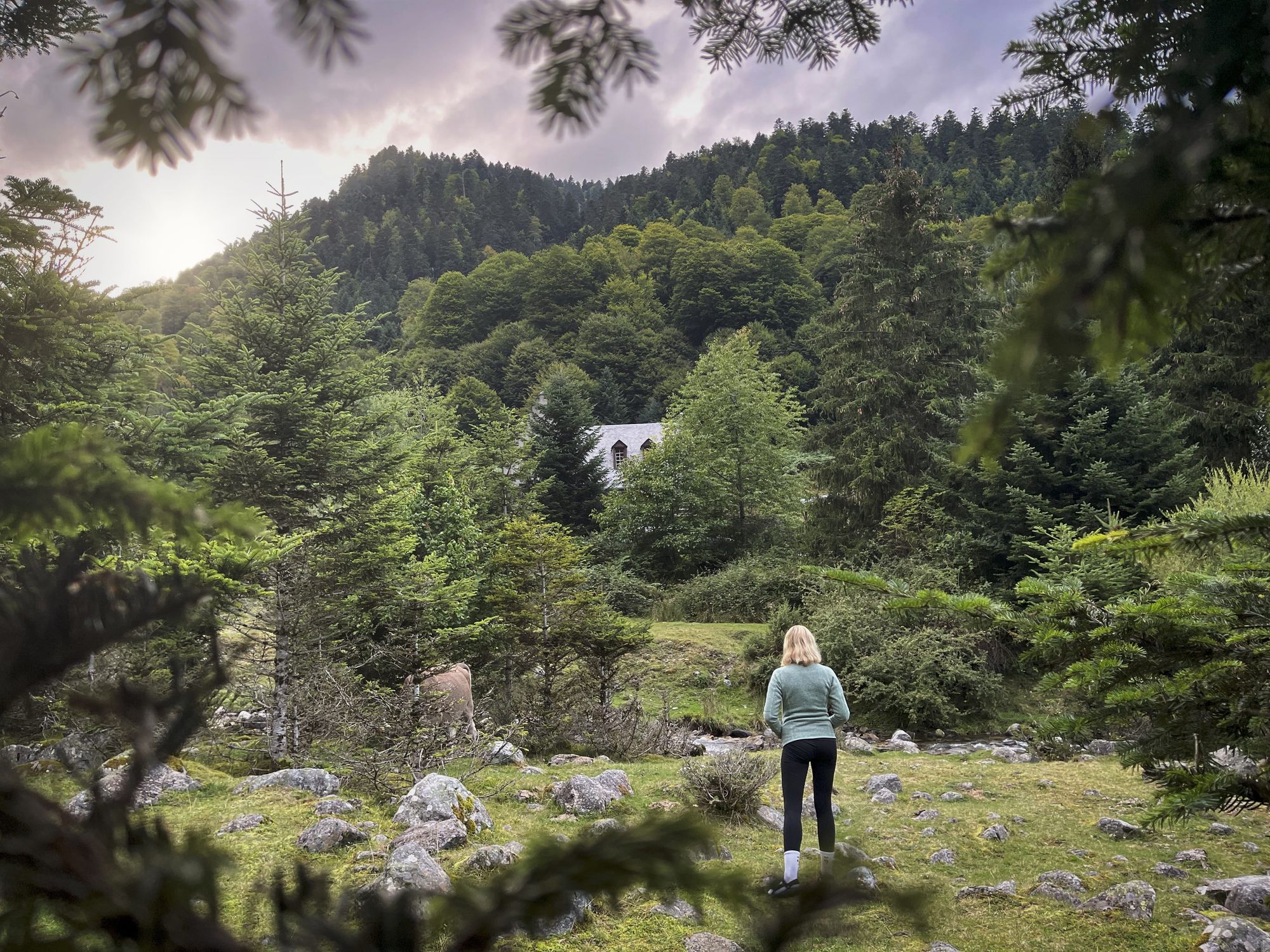 📍 Chiroulet, France
🥾 Hike
🖋 Charles Aubert
Soaked
Out for a weekend getaway in the Pyrenees, we find ourselves in the thick of a storm. Picture plateaus, shepherd huts, and foggy views. 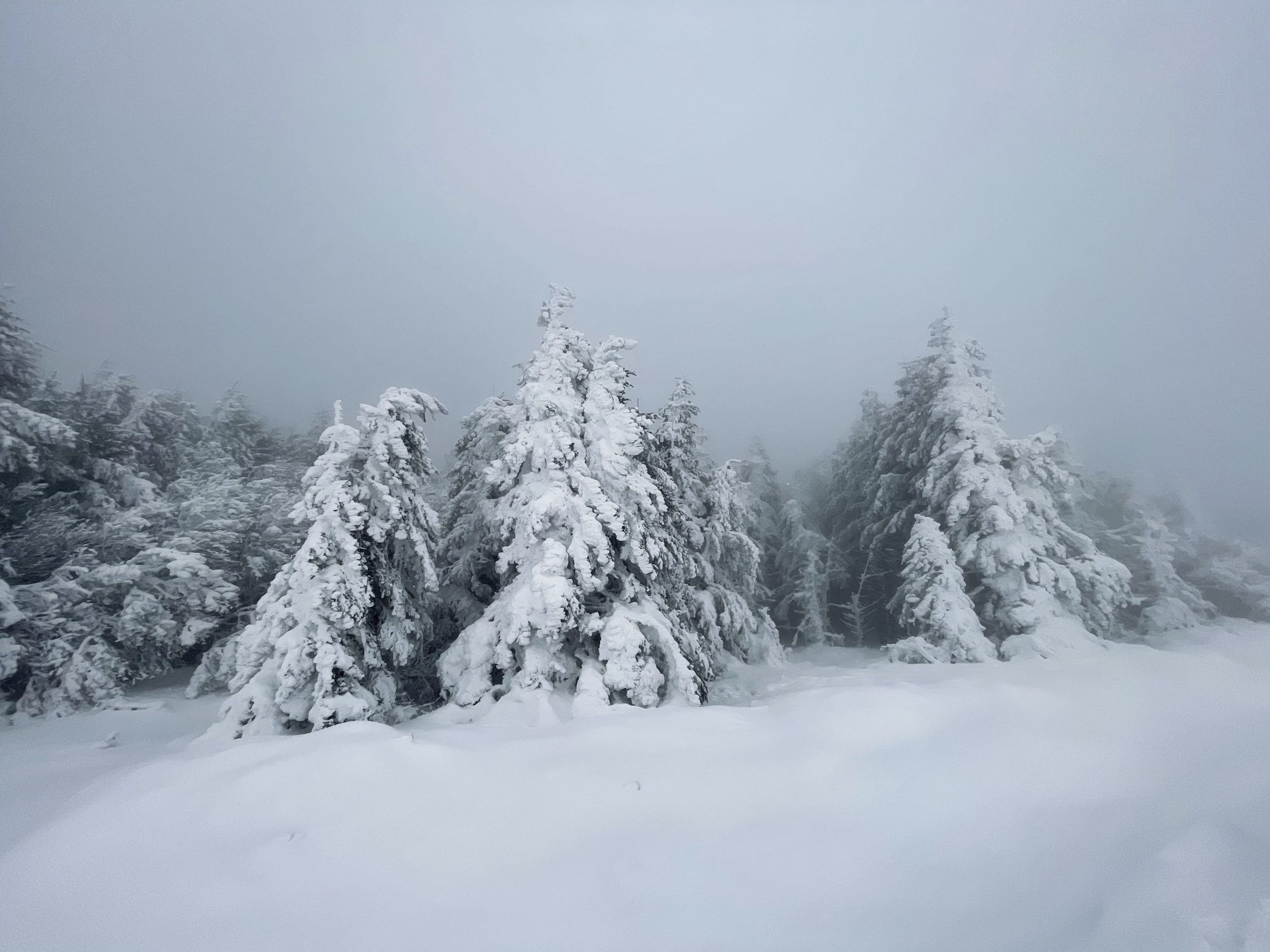 📍 Pic de Nore, France
🥾 Hike
🖋 Charles Aubert
Rare Blizzard
A blizzard hits the Pic the Nore, an unusual sight in the region. We hike against the elements and ascend to the top.